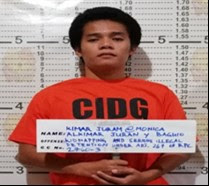 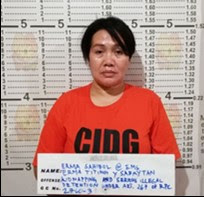 Officials said Erma Sahibol and Kimar Juram were tracked down in the village of Patalon here where the duo had been captured over the weekend. They were accused in the kidnapping of the 58-year old Rosina Singua in last September.

Major Helen Galvez, a regional police spokeswoman, said policemen, backed by soldiers, mounted the operation. “The operation led to the arrest of Erma Sahibol, alias Ems; and Kimar Juram, alias Monica, who are members of the Sulu-based Abu Sayyaf group under subleader Idang Susukan,” she said, adding, a court in Sulu issued a warrant for their arrest in February.

“Erma Sahibol and Kimar Juram were responsible in the kidnapping of Rosina Singua, 58 years old, and resident of Zone 5 in Barangay Culianan in Zamboanga City,” Galvez said.

Regional police chief, Brigadier General Froilan Quidilla, praised the capture of the duo and lauded those behind the joint operation.

There was no immediate statement from Singua, who teaches at the Culianan Elementary School. Singua was recovered at a hotel in Sulu’s capital town of Jolo in October after her sister paid P283,000 ransom that led to the eventual arrest of one of the captors, Nurina Jura, 22, at the pier.

Three other women and a homosexual were also being implicated in the kidnapping. It was not immediately known whether Sahibol and Juram were among the trio. (Zamboanga Post)